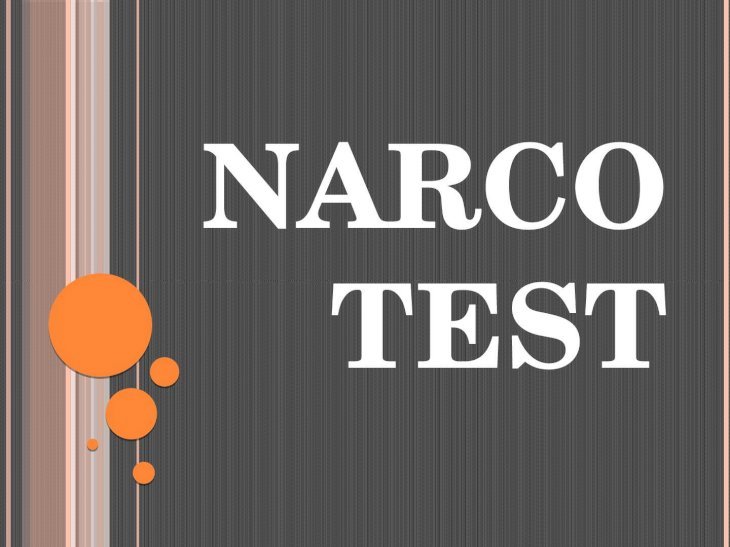 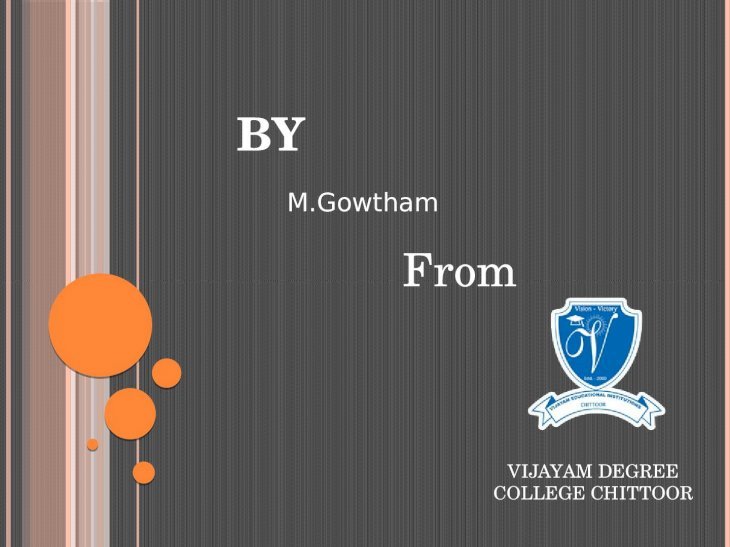 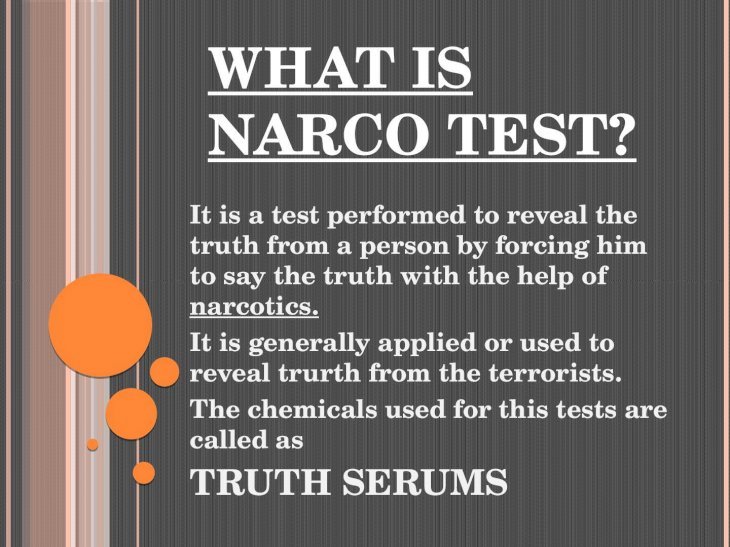 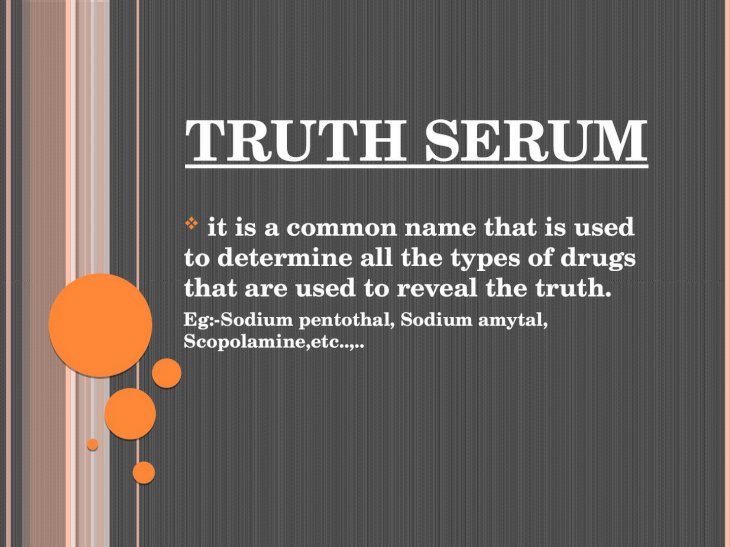 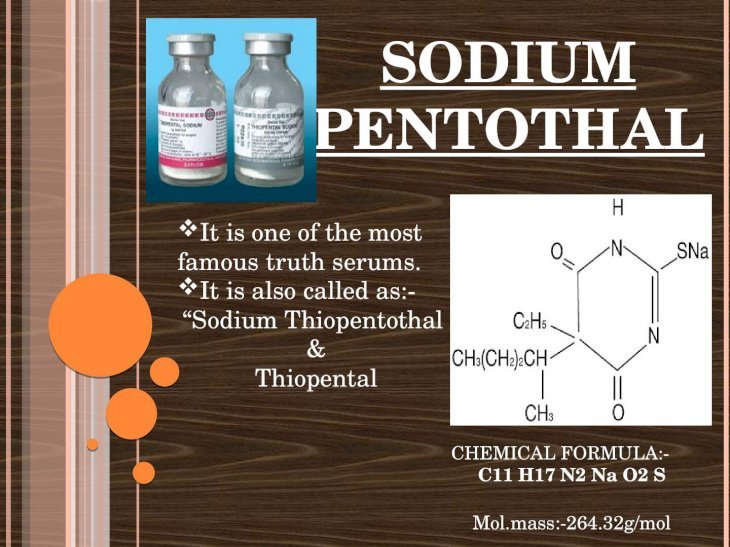 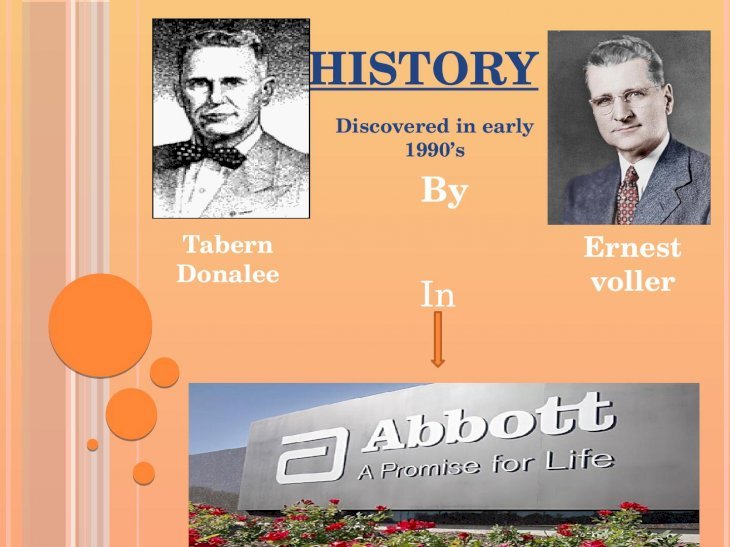 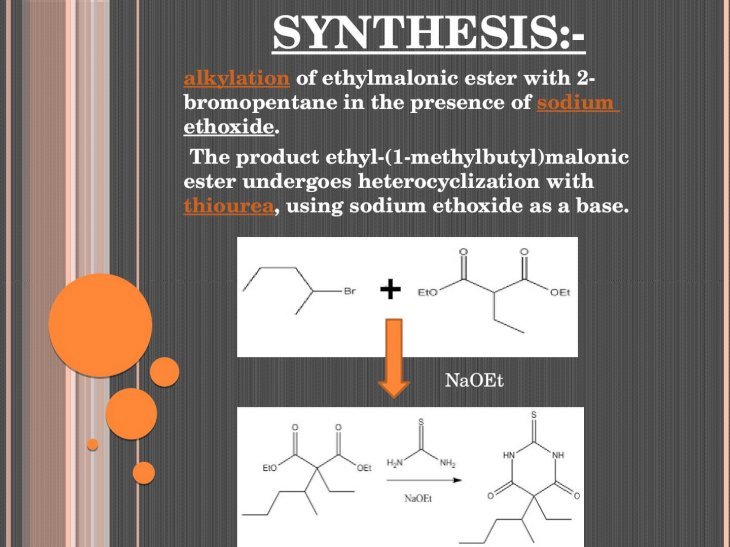 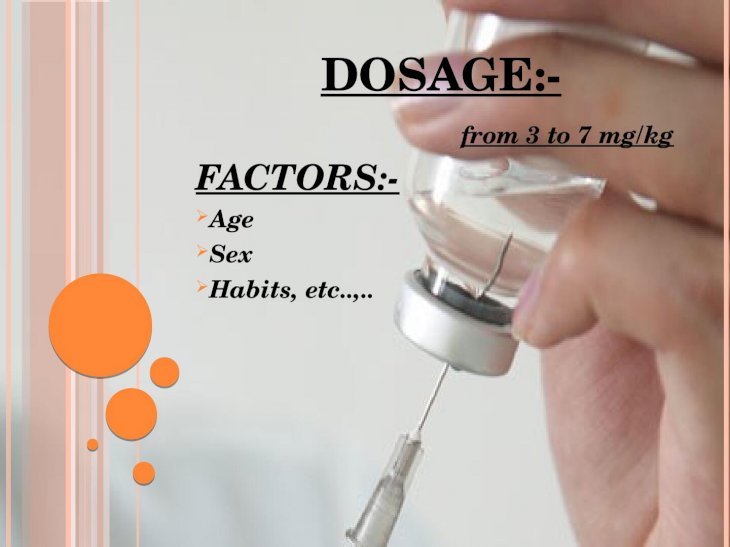 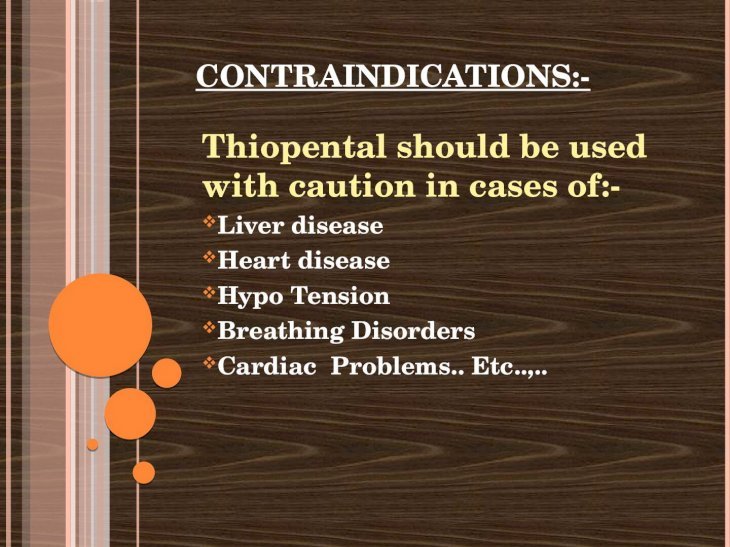 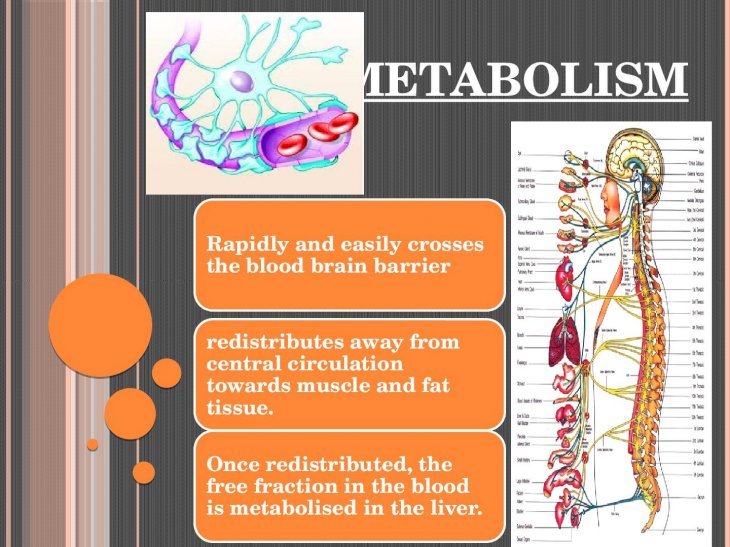 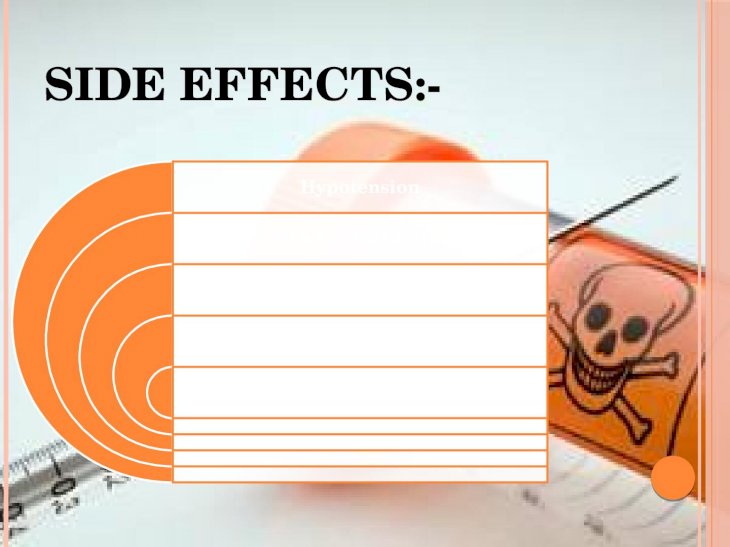 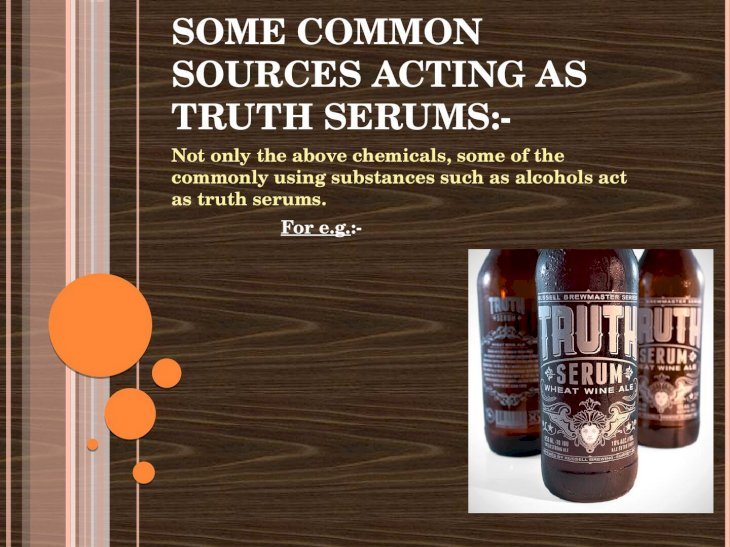 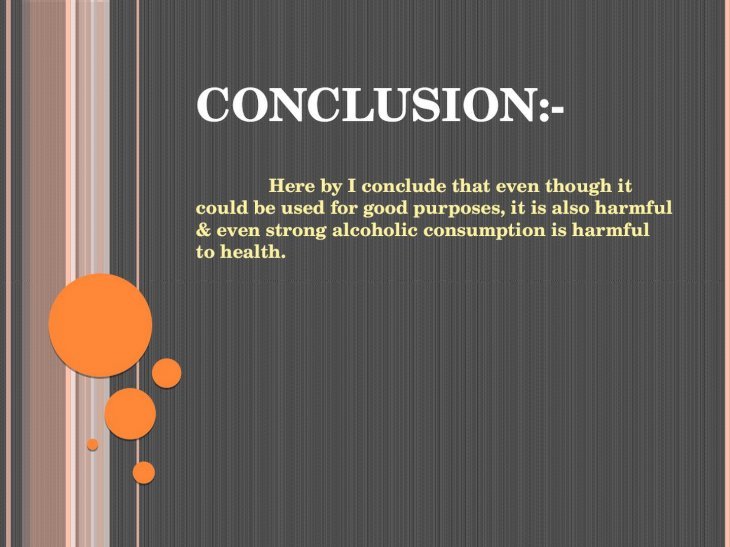 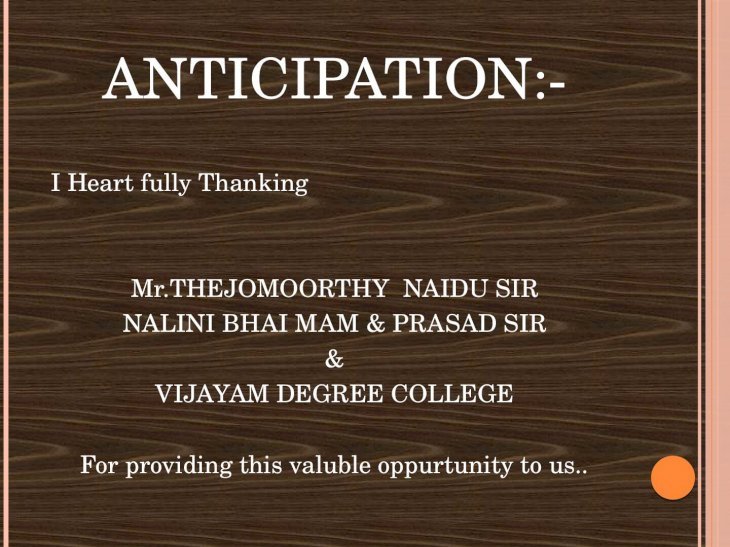 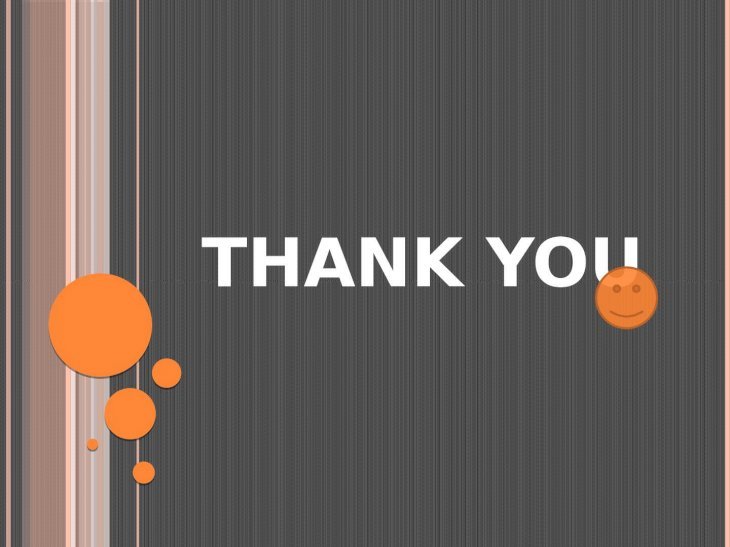 2. BY M.Gowtham From VIJAYAM DEGREE COLLEGE CHITTOOR 3. WHAT IS NARCO TEST? It is a test performed to reveal the truth from a person by forcing him to say the truth with the help of narcotics. It is generally applied or used to reveal trurth from the terrorists. The chemicals used for this tests are called as TRUTH SERUMS 4. TRUTH SERUM it is a common name that is used to determine all the types of drugs that are used to reveal the truth. Eg:-Sodium pentothal, Sodium amytal, Scopolamine,etc..,.. 5. SODIUM PENTOTHAL It is one of the most famous truth serums. It is also called as:- Sodium Thiopentothal & Thiopental CHEMICAL FORMULA:- C11 H17 N2 Na O2 S Mol.mass:-264.32g/mol 6. HISTORY Discovered in early 1990s By Tabern Donalee Ernest voller In 7. SYNTHESIS:- alkylation of ethylmalonic ester with 2- bromopentane in the presence of sodium ethoxide. The product ethyl-(1-methylbutyl)malonic ester undergoes heterocyclization with thiourea, using sodium ethoxide as a base. NaOEt + 8. DOSAGE:- from 3 to 7 mg/kg FACTORS:- Age Sex Habits, etc..,.. 9. CONTRAINDICATIONS:- Thiopental should be used with caution in cases of:- Liver disease Heart disease Hypo Tension Breathing Disorders Cardiac Problems.. Etc..,.. 10. METABOLISM Rapidly and easily crosses the blood brain barrier redistributes away from central circulation towards muscle and fat tissue. Once redistributed, the free fraction in the blood is metabolised in the liver. 11. SIDE EFFECTS:- Hypotension Airway obstruction Headache Nausea THESE SIDEEFFECTS GENERALLY LAST UPTO 36 HOURS. 12. SOME COMMON SOURCES ACTING AS TRUTH SERUMS:- Not only the above chemicals, some of the commonly using substances such as alcohols act as truth serums. For e.g.:- 13. CONCLUSION:- Here by I conclude that even though it could be used for good purposes, it is also harmful & even strong alcoholic consumption is harmful to health. 14. ANTICIPATION:- I Heart fully Thanking Mr.THEJOMOORTHY NAIDU SIR NALINI BHAI MAM & PRASAD SIR & VIJAYAM DEGREE COLLEGE For providing this valuble oppurtunity to us.. 15. THANK YOU