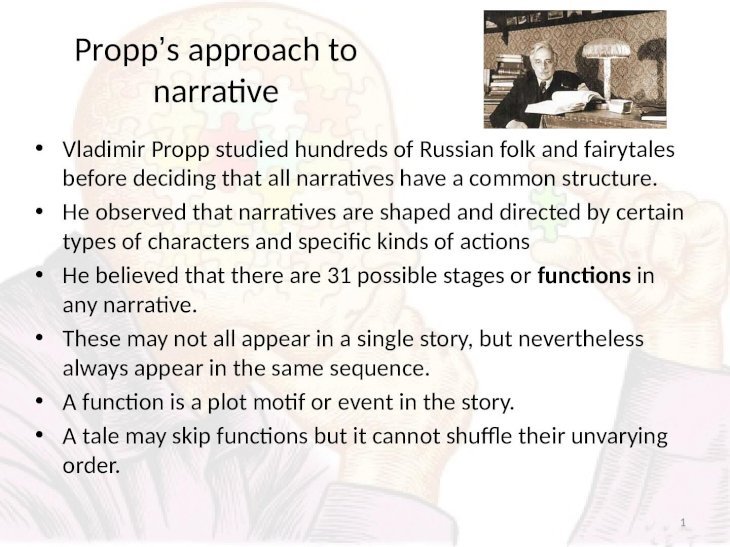 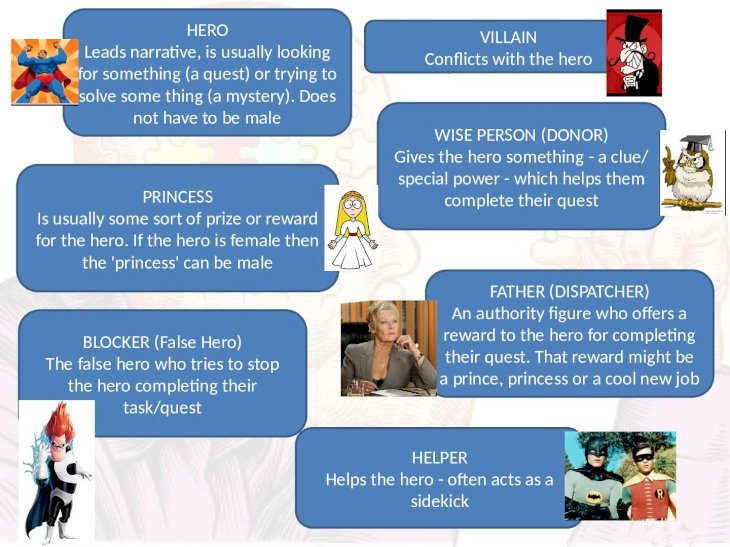 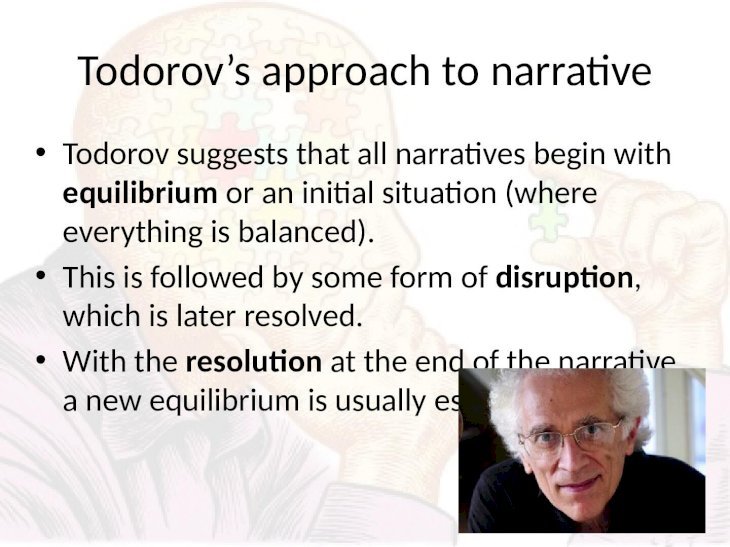 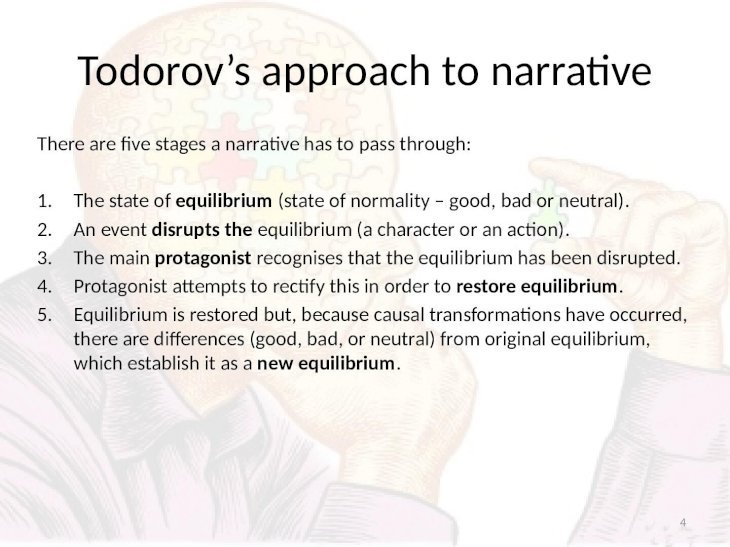 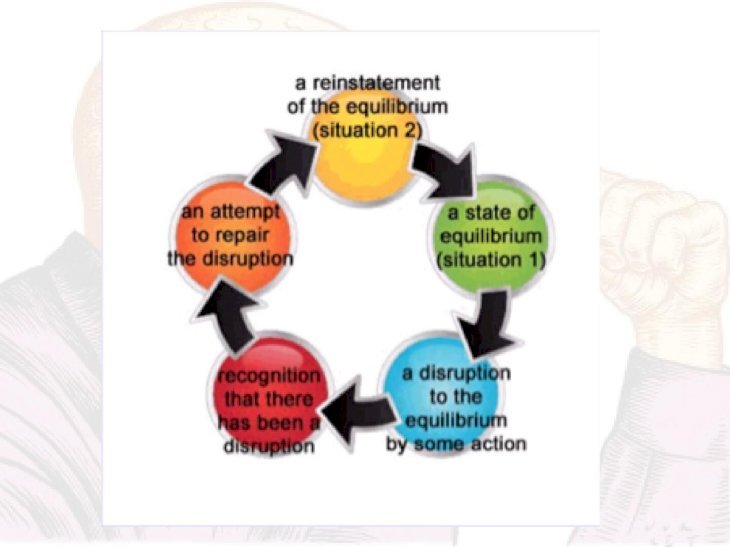 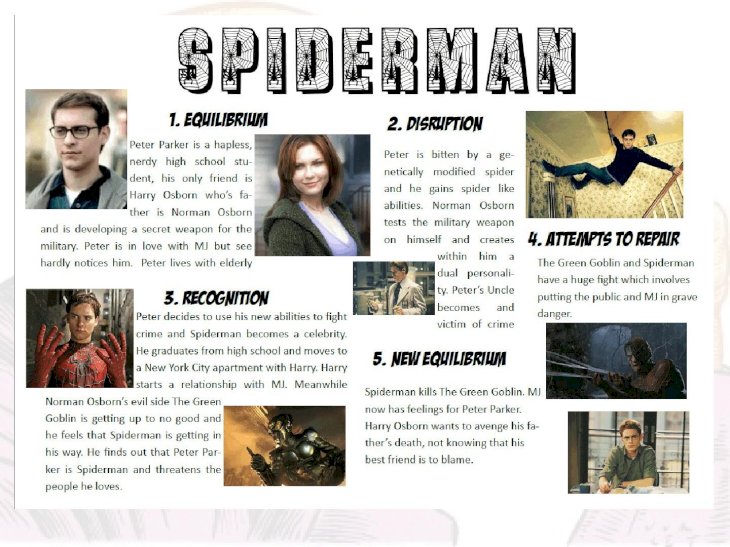 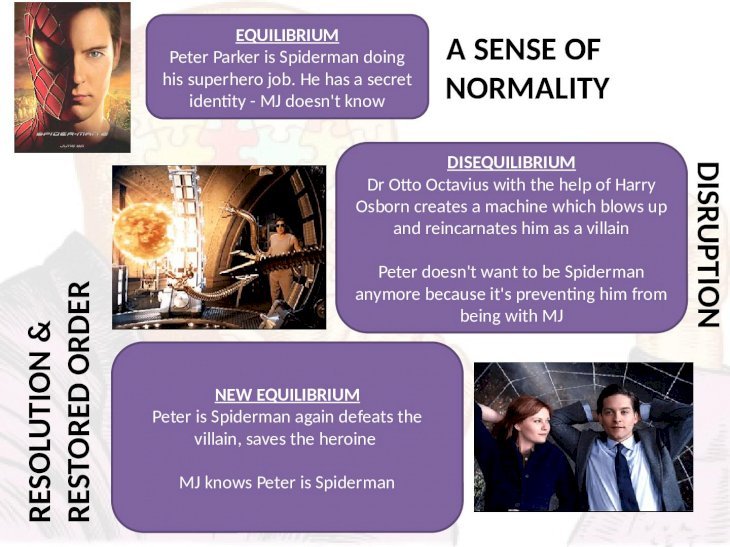 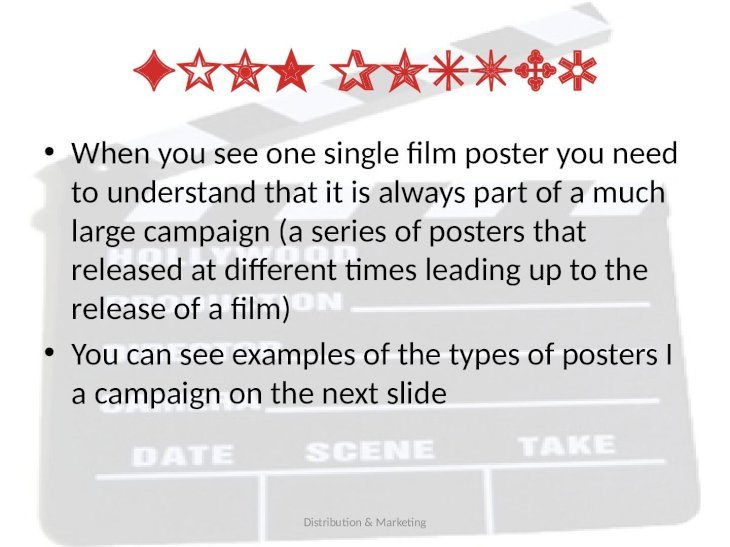 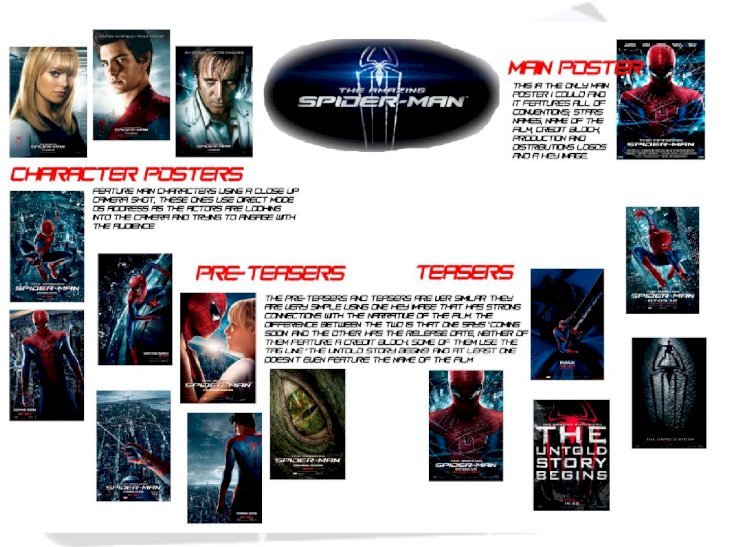 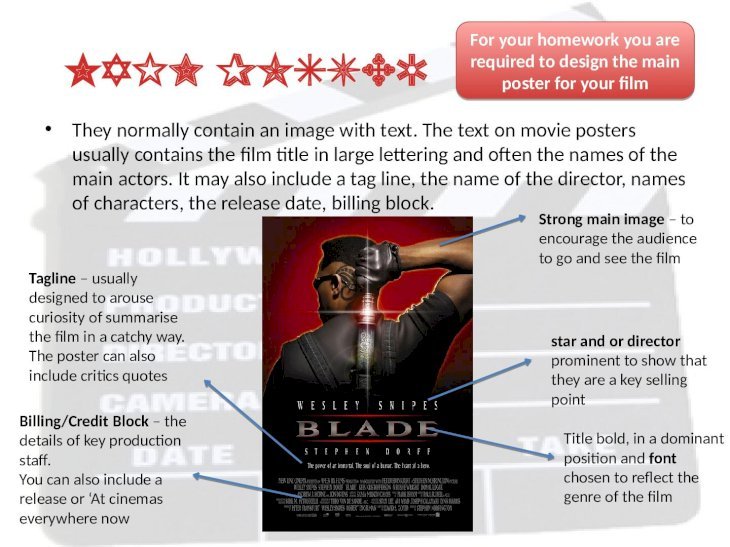 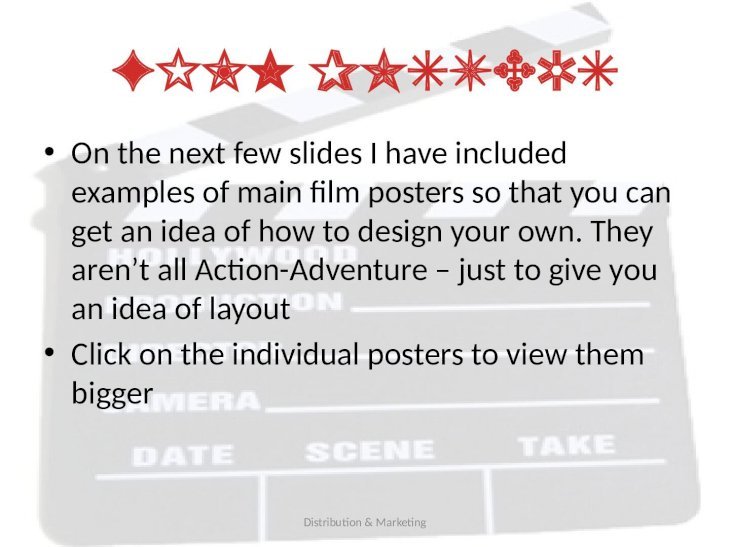 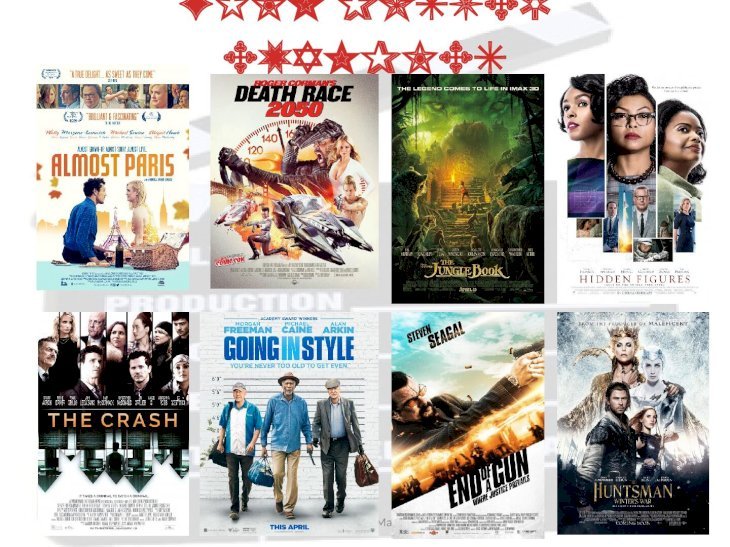 A2 G325: Critical Perspectives in Media

1Propps approach to narrativeVladimir Propp studied hundreds of Russian folk and fairytales before deciding that all narratives have a common structure.He observed that narratives are shaped and directed by certain types of characters and specific kinds of actionsHe believed that there are 31 possible stages or functions in any narrative.These may not all appear in a single story, but nevertheless always appear in the same sequence.A function is a plot motif or event in the story. A tale may skip functions but it cannot shuffle their unvarying order.

HEROLeads narrative, is usually looking for something (a quest) or trying to solve some thing (a mystery). Does not have to be maleVILLAINConflicts with the heroPRINCESSIs usually some sort of prize or reward for the hero. If the hero is female then the 'princess' can be maleFATHER (DISPATCHER)An authority figure who offers a reward to the hero for completing their quest. That reward might be a prince, princess or a cool new jobWISE PERSON (DONOR)Gives the hero something - a clue/ special power - which helps them complete their questBLOCKER (False Hero)The false hero who tries to stop the hero completing their task/questHELPERHelps the hero - often acts as a sidekick

3Todorovs approach to narrativeTodorov suggests that all narratives begin with equilibrium or an initial situation (where everything is balanced).This is followed by some form of disruption, which is later resolved.With the resolution at the end of the narrative a new equilibrium is usually established.

4Todorovs approach to narrativeThere are five stages a narrative has to pass through:

EQUILIBRIUMPeter Parker is Spiderman doing his superhero job. He has a secret identity - MJ doesn't knowDISEQUILIBRIUMDr Otto Octavius with the help of Harry Osborn creates a machine which blows up and reincarnates him as a villain

Peter doesn't want to be Spiderman anymore because it's preventing him from being with MJNEW EQUILIBRIUMPeter is Spiderman again defeats the villain, saves the heroine

MAIN POSTERThey normally contain an image with text. The text on movie posters usually contains the film title in large lettering and often the names of the main actors. It may also include a tag line, the name of the director, names of characters, the release date, billing block.Distribution & Marketing

Strong main image to encourage the audience to go and see the filmstar and or directorprominent to show that they are a key sellingpointTitle bold, in a dominantposition and font chosen to reflect the genre of the filmTagline usually designed to arouse curiosity of summarise the film in a catchy way. The poster can also include critics quotesBilling/Credit Block the details of key production staff.You can also include a release or At cinemas everywhere nowFor your homework you are required to design the main poster for your film

FILM POSTERSOn the next few slides I have included examples of main film posters so that you can get an idea of how to design your own. They arent all Action-Adventure just to give you an idea of layoutClick on the individual posters to view them biggerDistribution & Marketing

Yr9 - Refraction, Lenses and The Eye