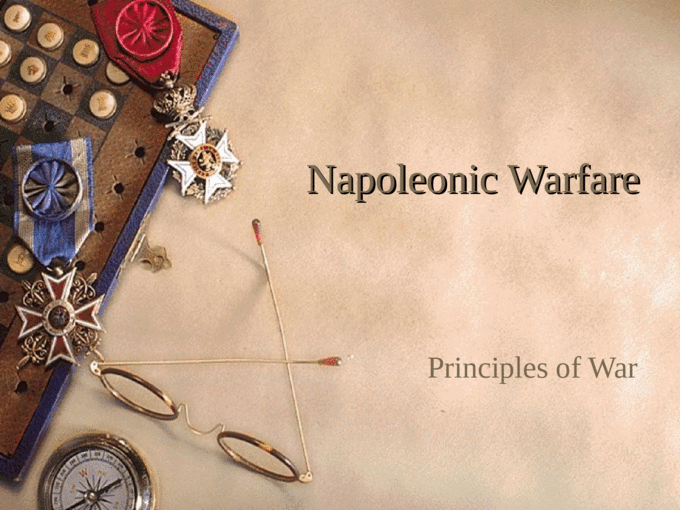 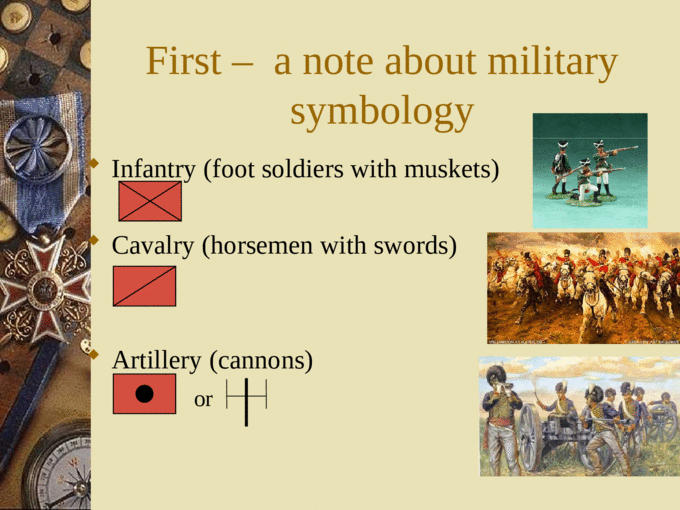 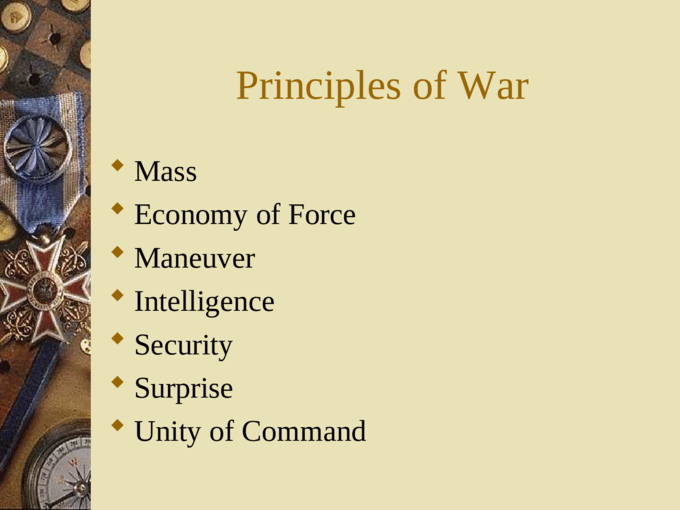 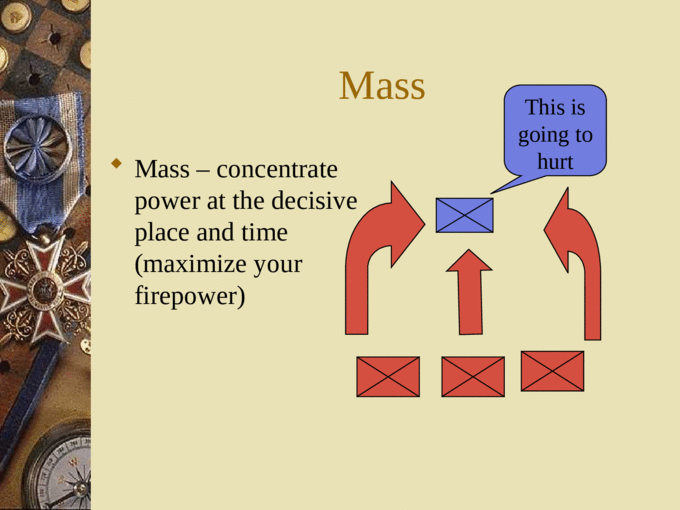 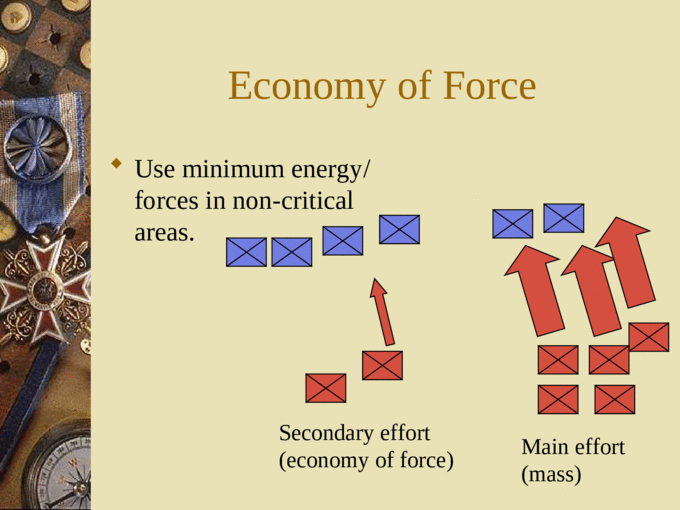 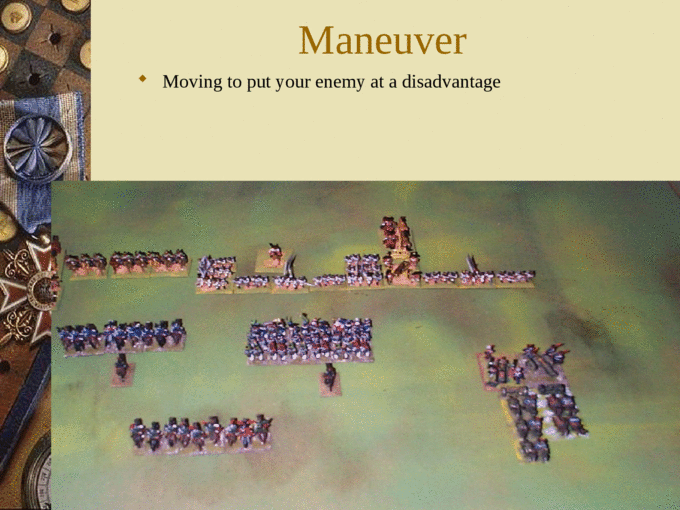 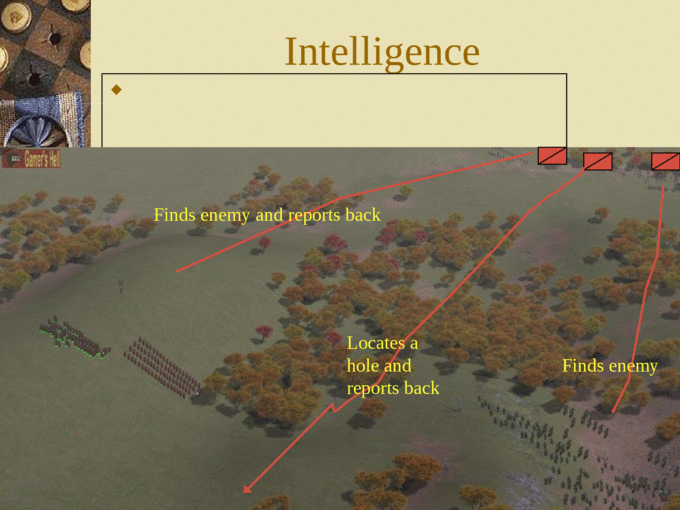 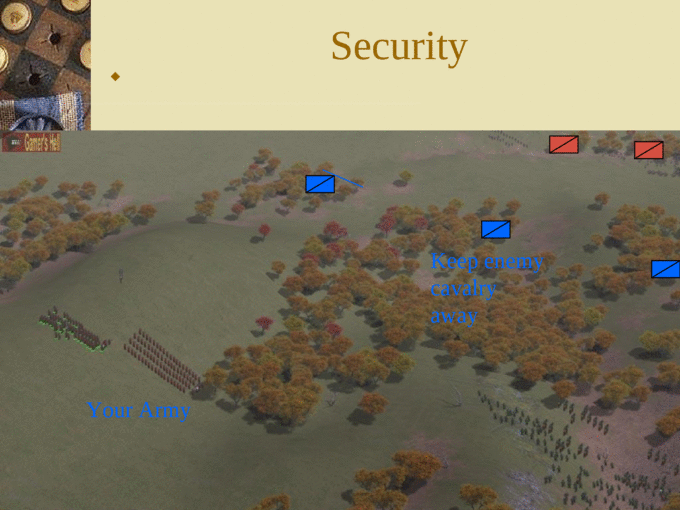 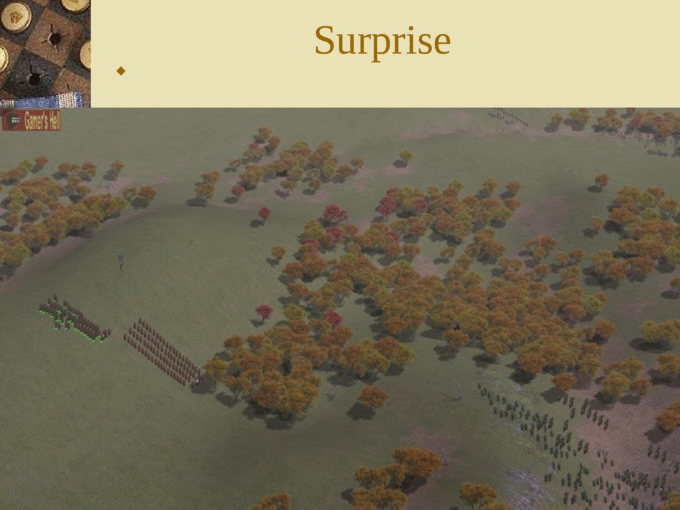 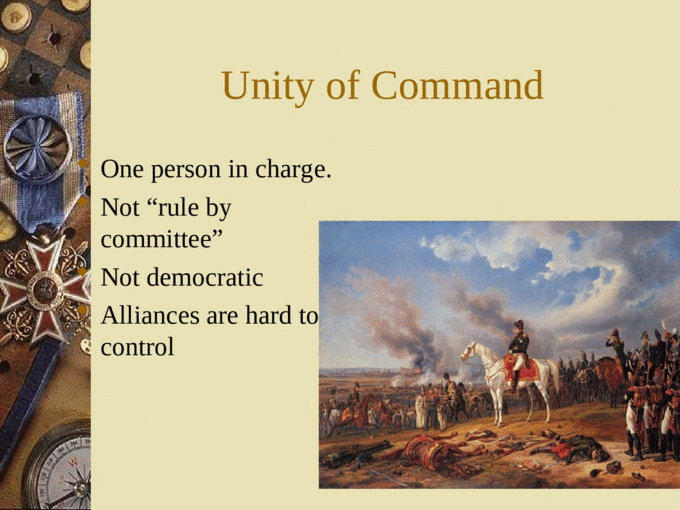 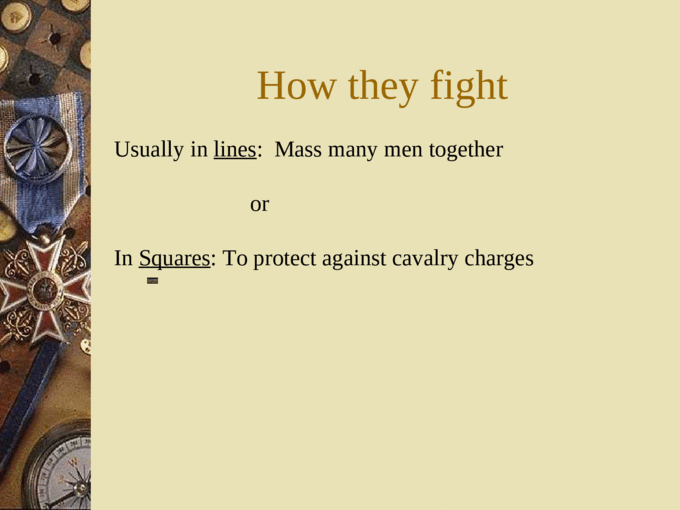 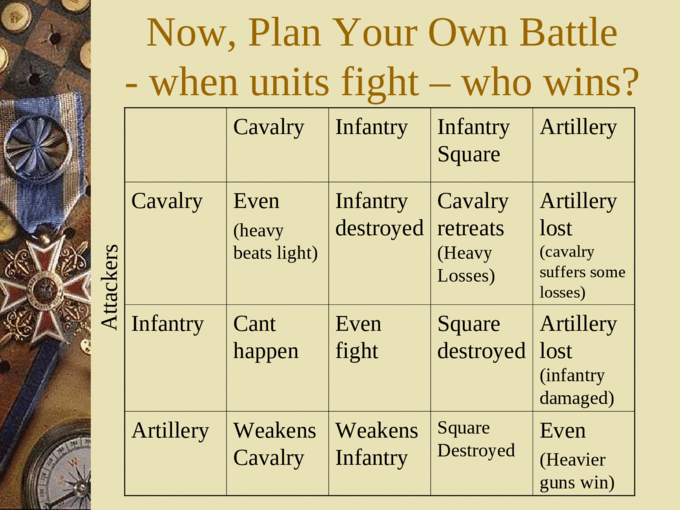 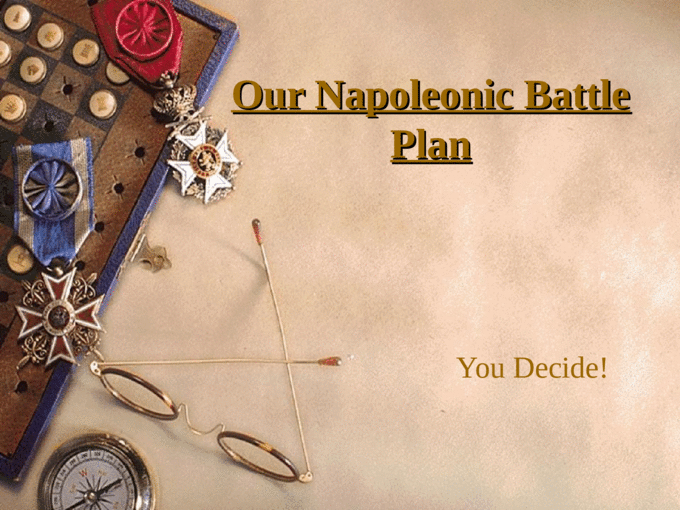 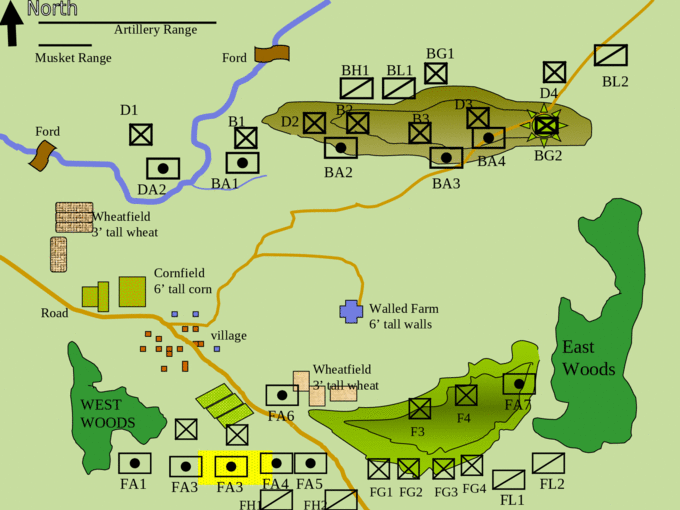 A lesson on the principles of war and how Napoleon would have used them. We use this to plan a Napoleonic era battle.

2. First a note about military symbology

or 3. Principles of War

This is going to hurt 5. Economy of Force

Trench Warfare - .from Napoleonic tactics to trench warfare. Essential Questions: How did weapons